Family Owned and Operated Since 1910 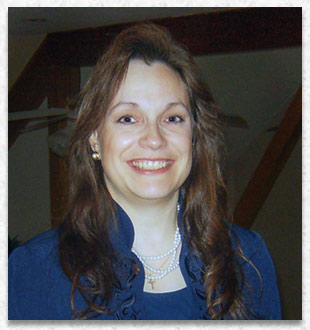 Katherine became the first female funeral director in Nordgren's history in 2009. A Worcester girl, she attended Indian Hill Elementary School, Forest Grove Jr. High School, Burncoat Sr. High School, and Holy Cross College. While at Burncoat, she was an honor student, member of the National Honor Society, and a Varsity Cheerleader. She graduated from Burncoat as a member of the class of 1982 and then went on to Holy Cross College. While at Holy Cross, she served as the recording secretary of the Student Government Association, was a cheerleader, and, in 1986, graduated with a degree in religious studies and political science.

Katherine spent the next two decades raising her family and being a mom. She was an active member and treasurer of the Holden Newcomers Group and was a Girl Scout leader for many years in her 3 daughters' troops in Holden. When her youngest child went off to school, Katherine began helping out in the family business. While working at Nordgren, she discovered her "calling" to minister to people in their time of need. In 2007, with much support of family and friends, she began taking funeral directing courses at New England Institute at Mt. Ida College in Newton, and graduated, Summa Cum Laude, from Mount Ida College in 2009 with a degree in embalming and funeral service. While at Mount Ida, Katherine was on the Dean's List every semester, was inducted into the membership of Pi Sigma Eta, the national honor society for funeral service professionals, and Phi Theta Kappa International Honors Society.

Katherine is the daughter of the late Margaret K. and Leonard E. "Lenny" Johnson. She is the proud mother of her five children- Monika, Erika, Matthew, Jenna, and Derek. She is a member  of the Phi Theta Kappa International Honor Society Xi Nu Chapter, the VASA Order Nordic Lodge #611, The Scandinavian Athletic Club, The Holy Cross Club of Worcester, The Massachusetts Funeral Directors Association, The National Funeral Directors Association, The North Worcester Business Association, Zion Lutheran church in Worcester, is a Notary Public, and serves as the President and Treasurer of Nordgren Memorial Chapel.

Katherine and Erika are proud to be the only mother/daughter owned funeral home in Worcester county. 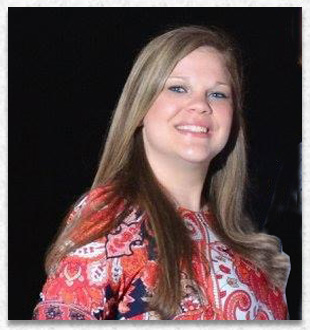 Erika is the great-great granddaughter of founder, Carl E.R. Nordgren. She is a 2011 graduate of Mount Ida College (Cum Laude) with an Associate of Science Degree in Funeral Service. While studying at Mount Ida, Erika played for the Mount Ida Women's Varsity Soccer Team, was inducted into Pi Sigma Eta - The National Honor Society for Funeral Service Professionals- and was on the Dean’s List each year. We are very proud to have her here serving families as our Fifth-Generation Funeral Director and Embalmer, continuing the same compassionate care with which our company was founded. Her specialty is embalming and restorative art, with the goal of making each person look as natural as possible.

Currently, Erika is a member of the Massachusetts Funeral Directors Association, the National Funeral Directors Association, Pi Sigma Eta- The National Morticians Fraternity, Immanuel Lutheran Church in Holden, VASA Nordic Lodge #611 and serves as the Vice President of Nordgren Memorial Chapel. She resides in Rutland with her husband Paul Druin and their two pitbulls Rory and Kody.

Katherine and Erika are proud to be the only mother/daughter owned funeral home in Worcester county.